A complaint against skateboarding on a university campus
At UCSD there is no "trick" skateboarding policy which states that if your board leaves the ground you are subject to being ticketed by a police officer. Although they usually will let you go if you show them your student ID, they often make it a point to lecture you on why it is against school policy. They will usually tell you that it is a liability issue or that it damages property, but how true are these statements? 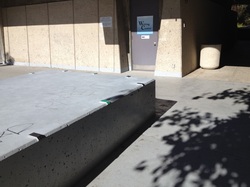 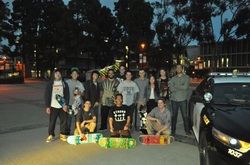